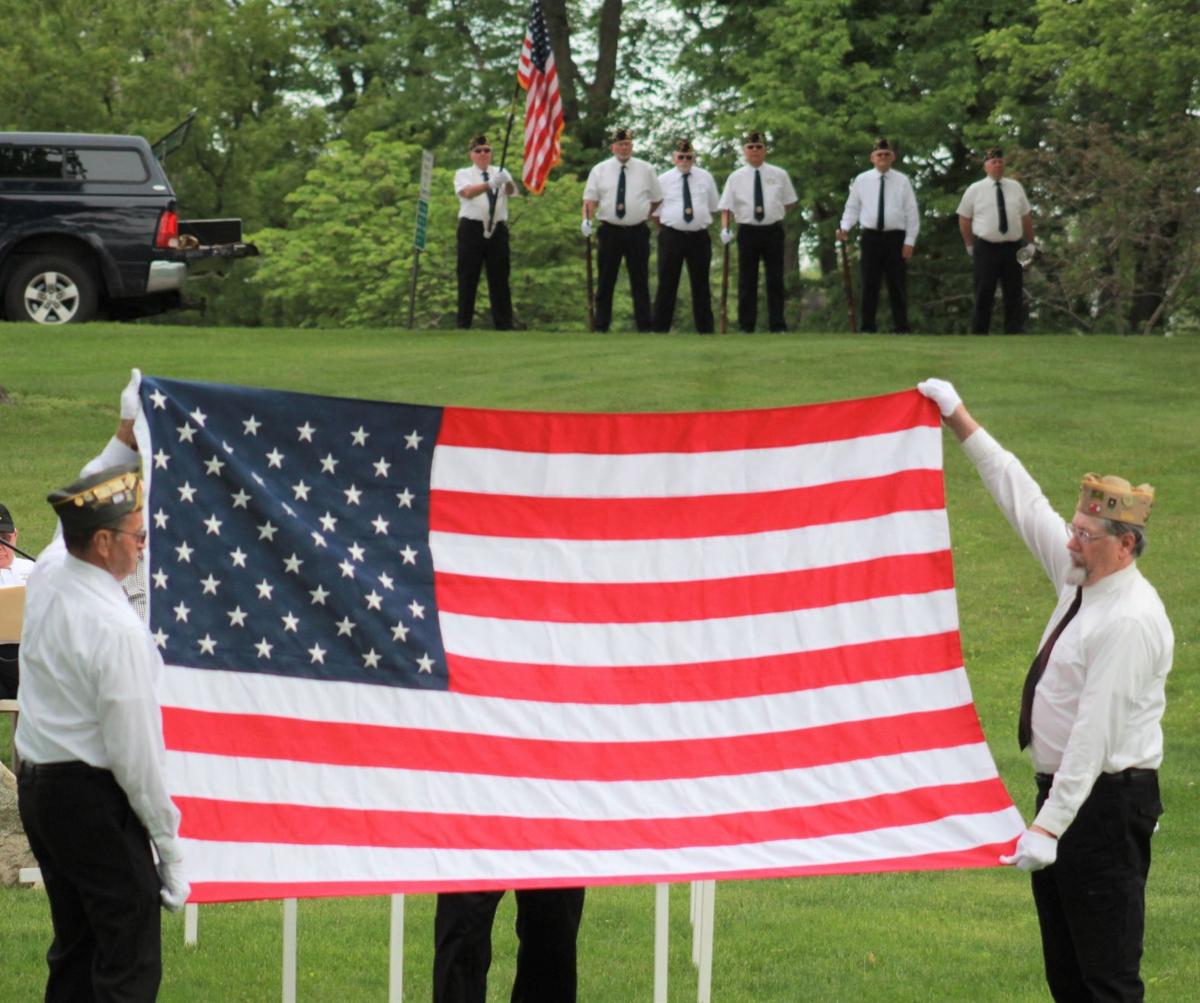 A flag folding demonstration is given while the local honor guard stands watch. 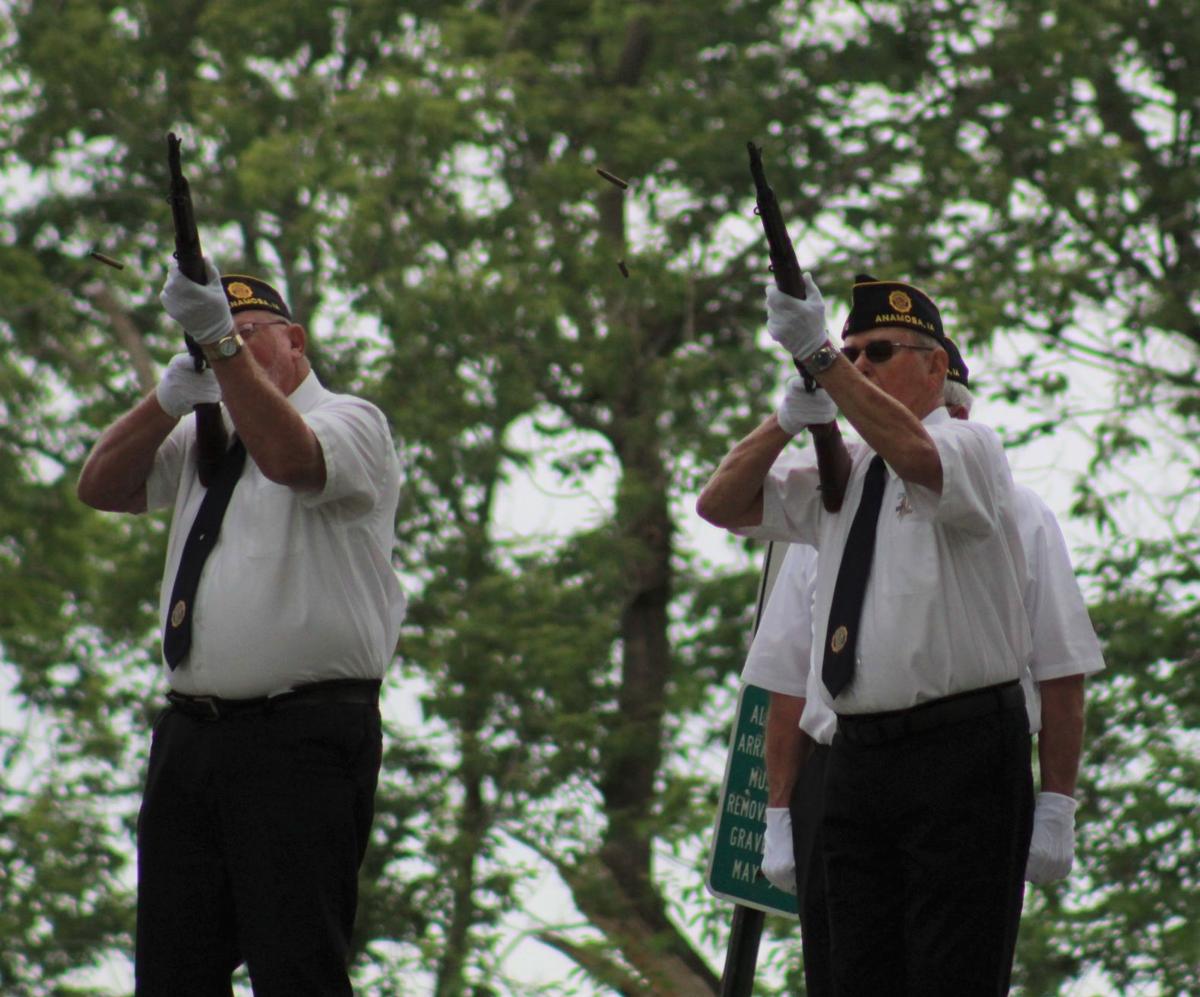 The American Legion fired their guns to honor fallen heroes. 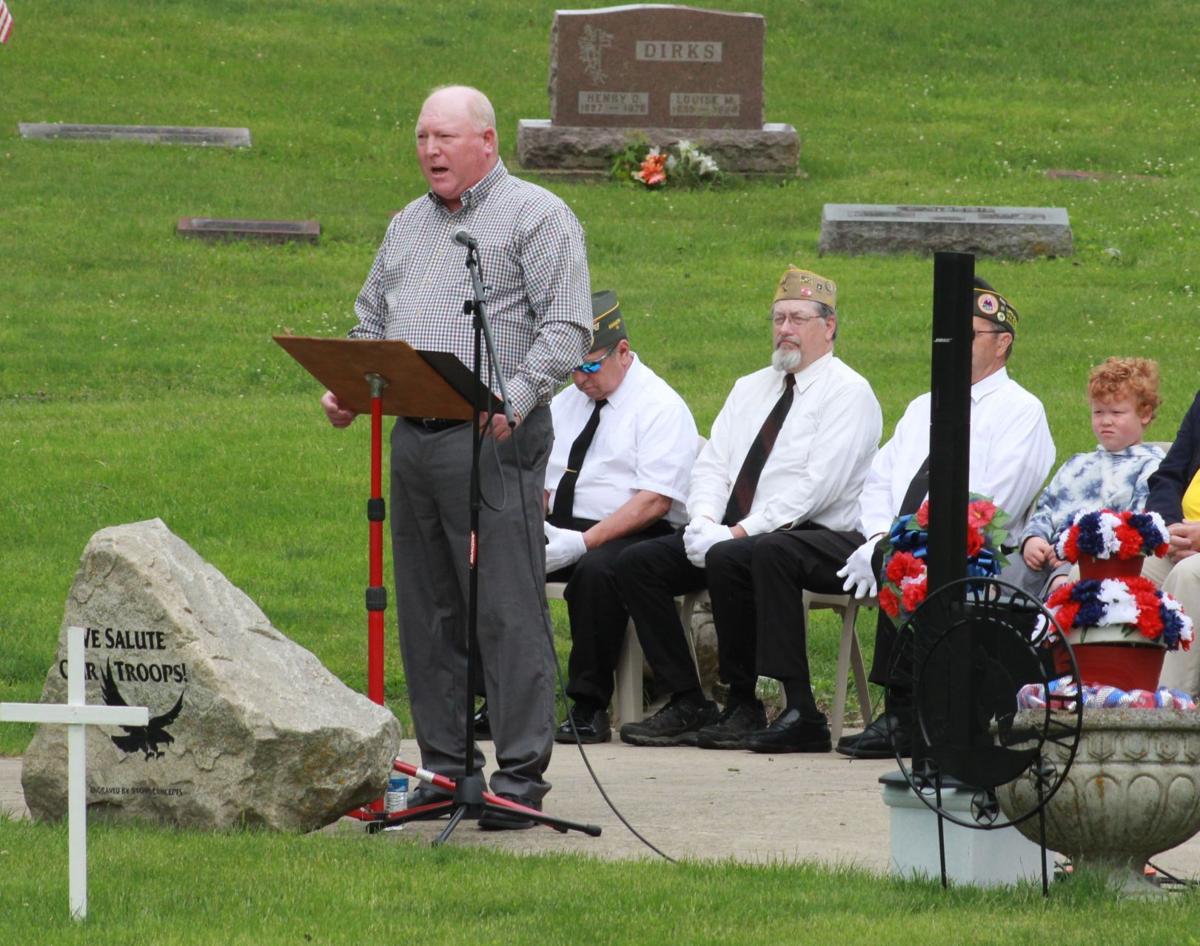 Mayor Rod Smith was the guest speaker at Anamosa’s Memorial Day Ceremony May 31. 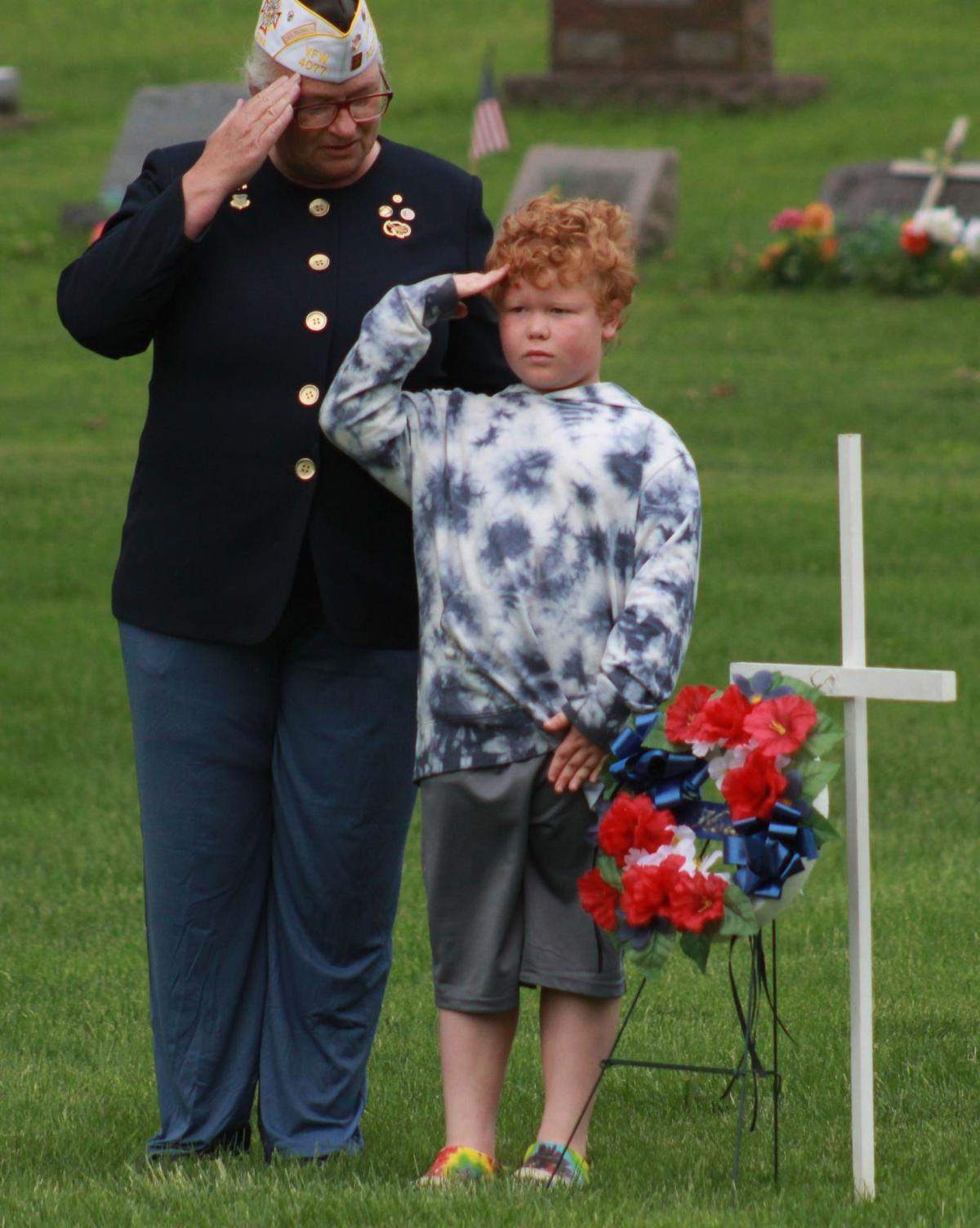 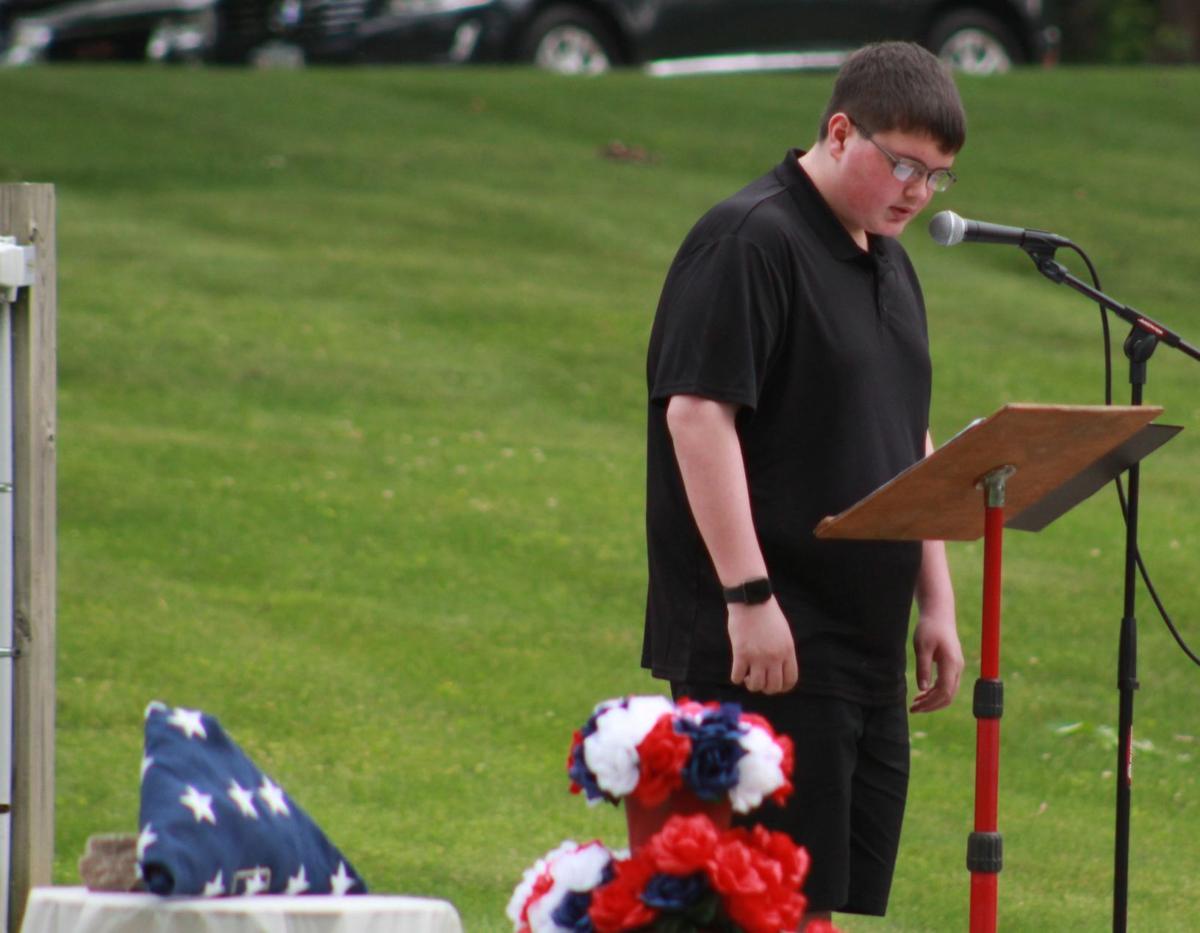 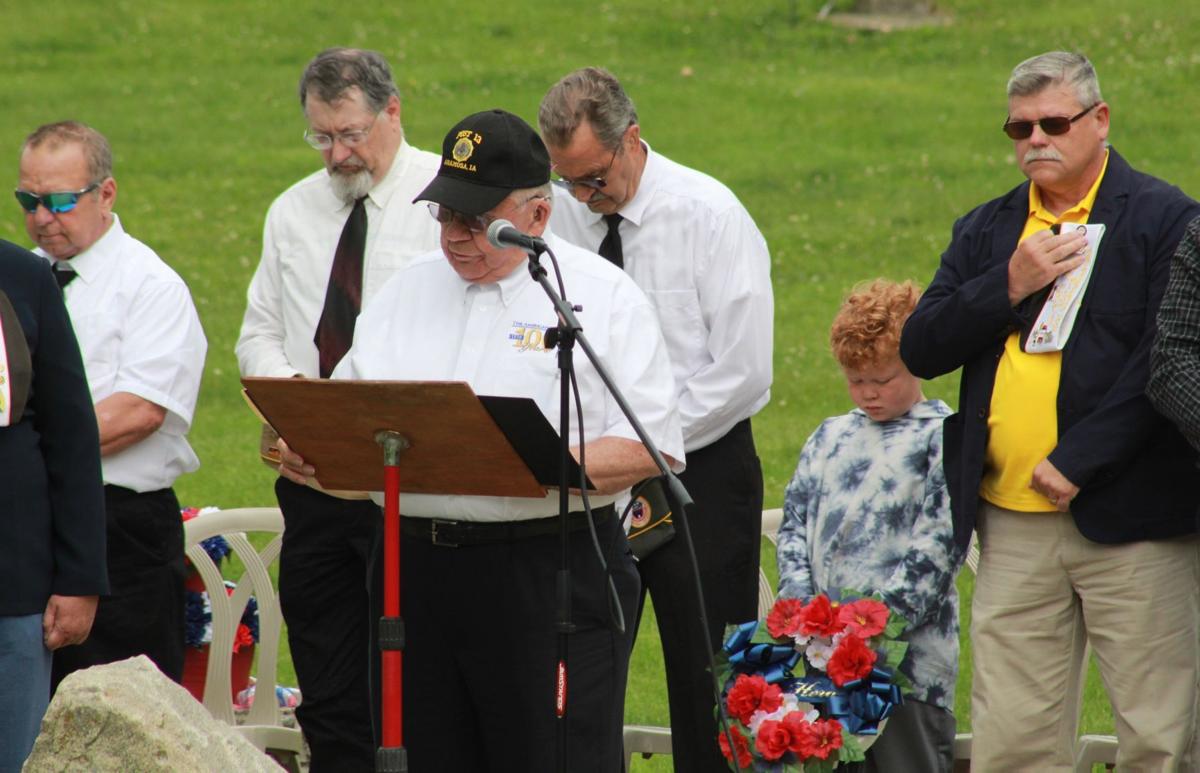 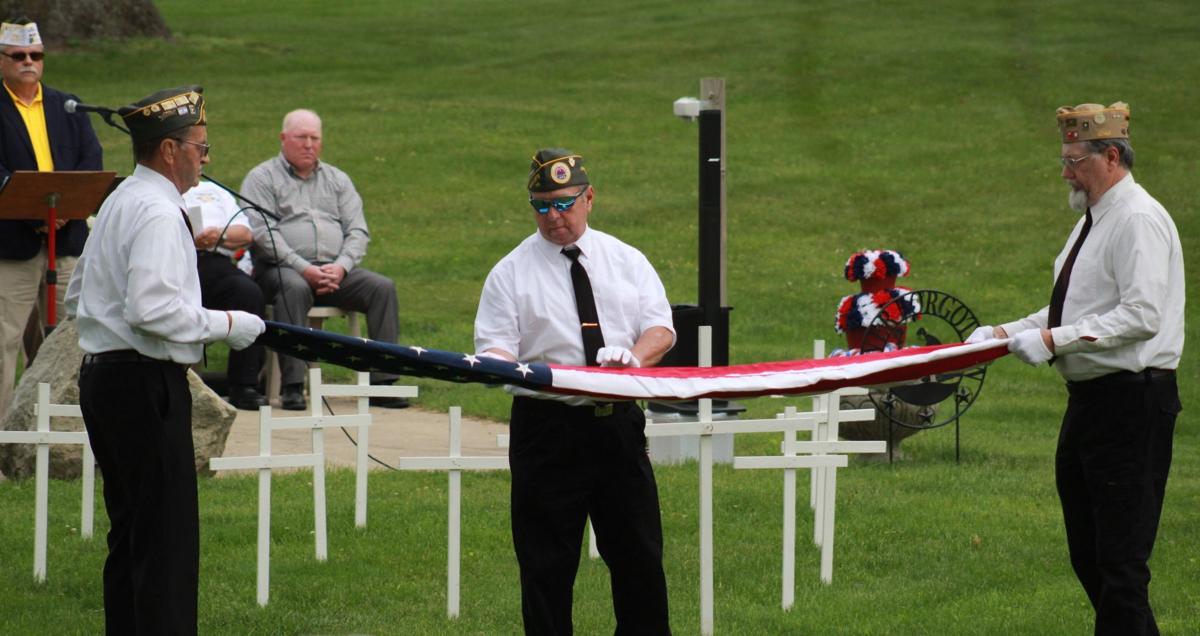 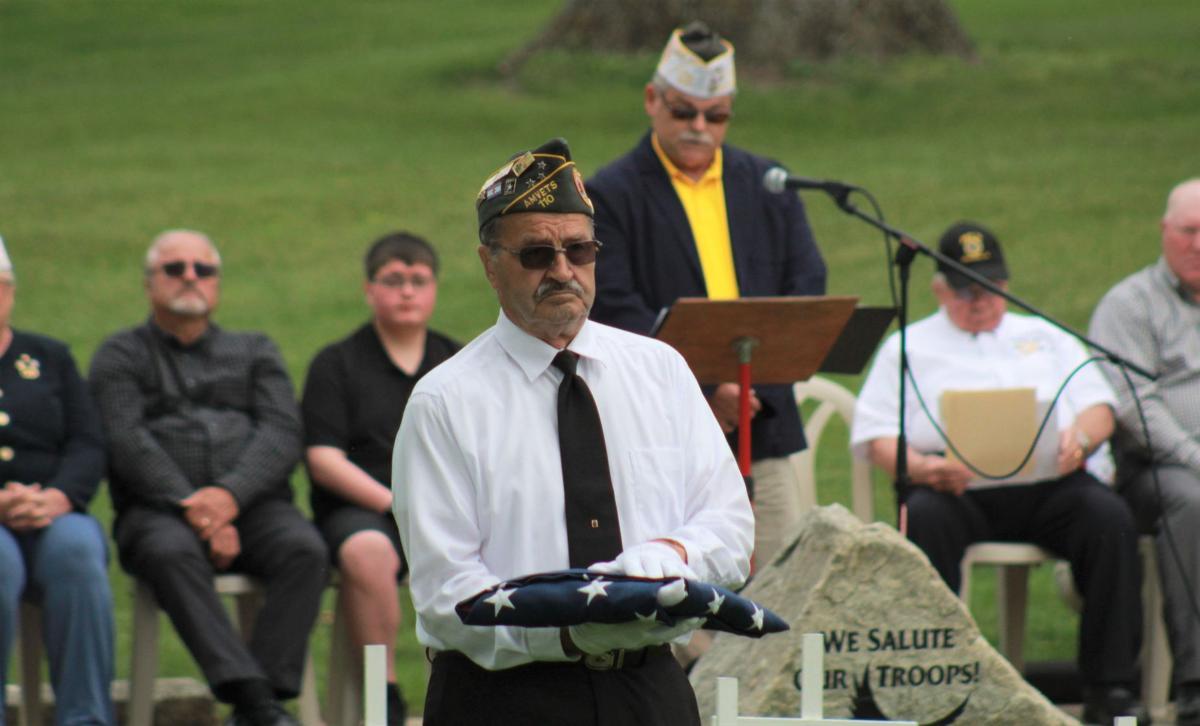 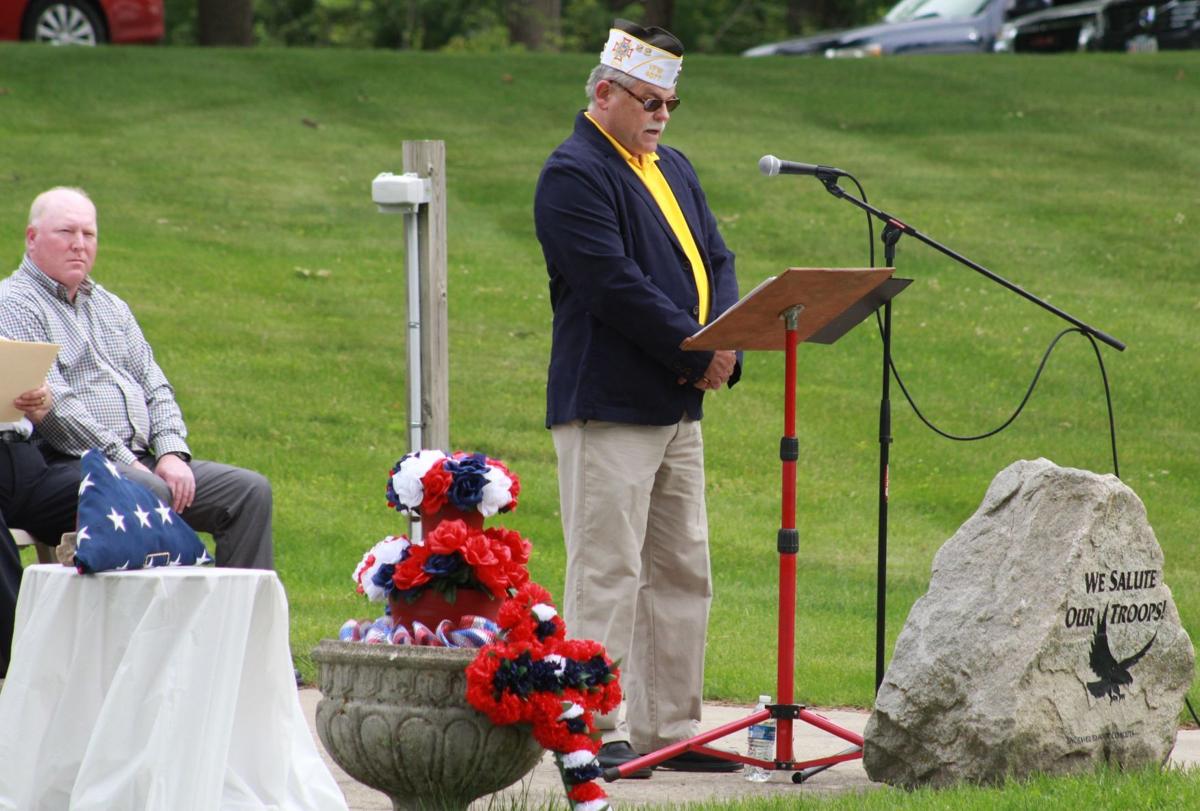 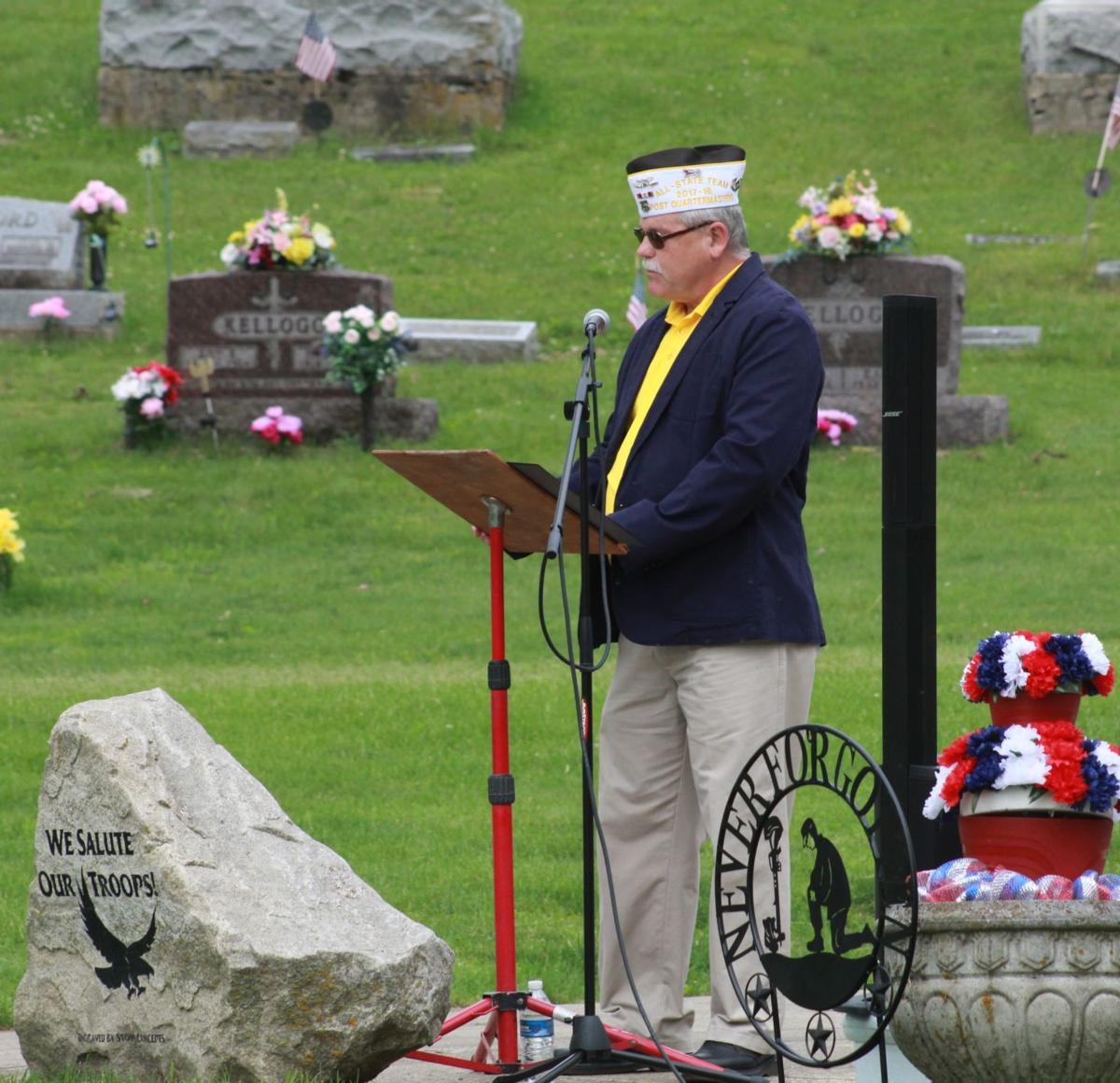 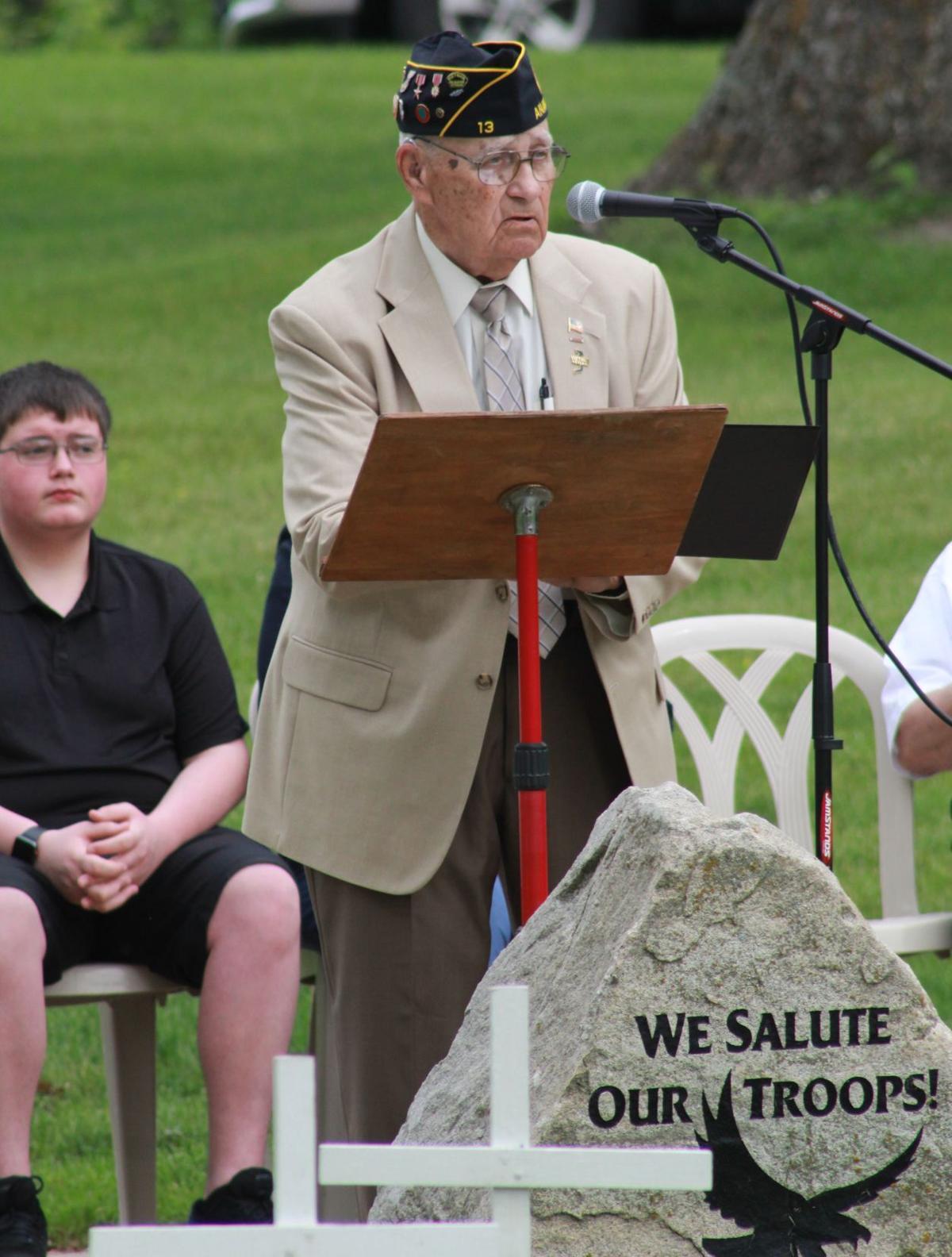 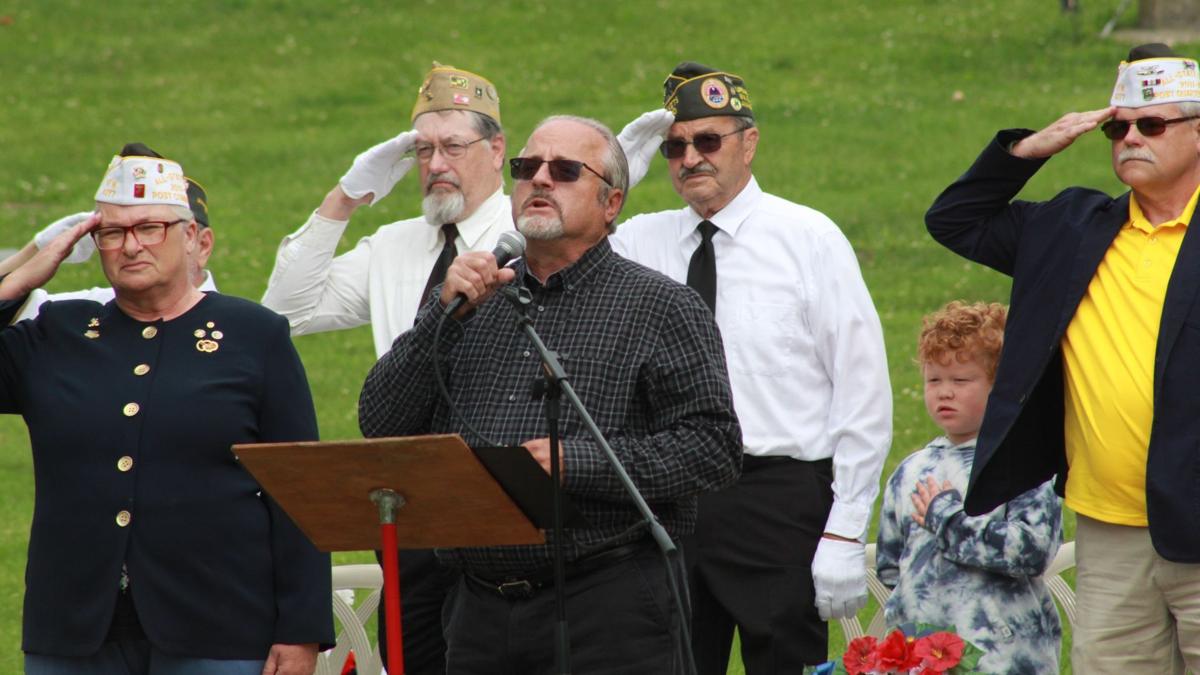 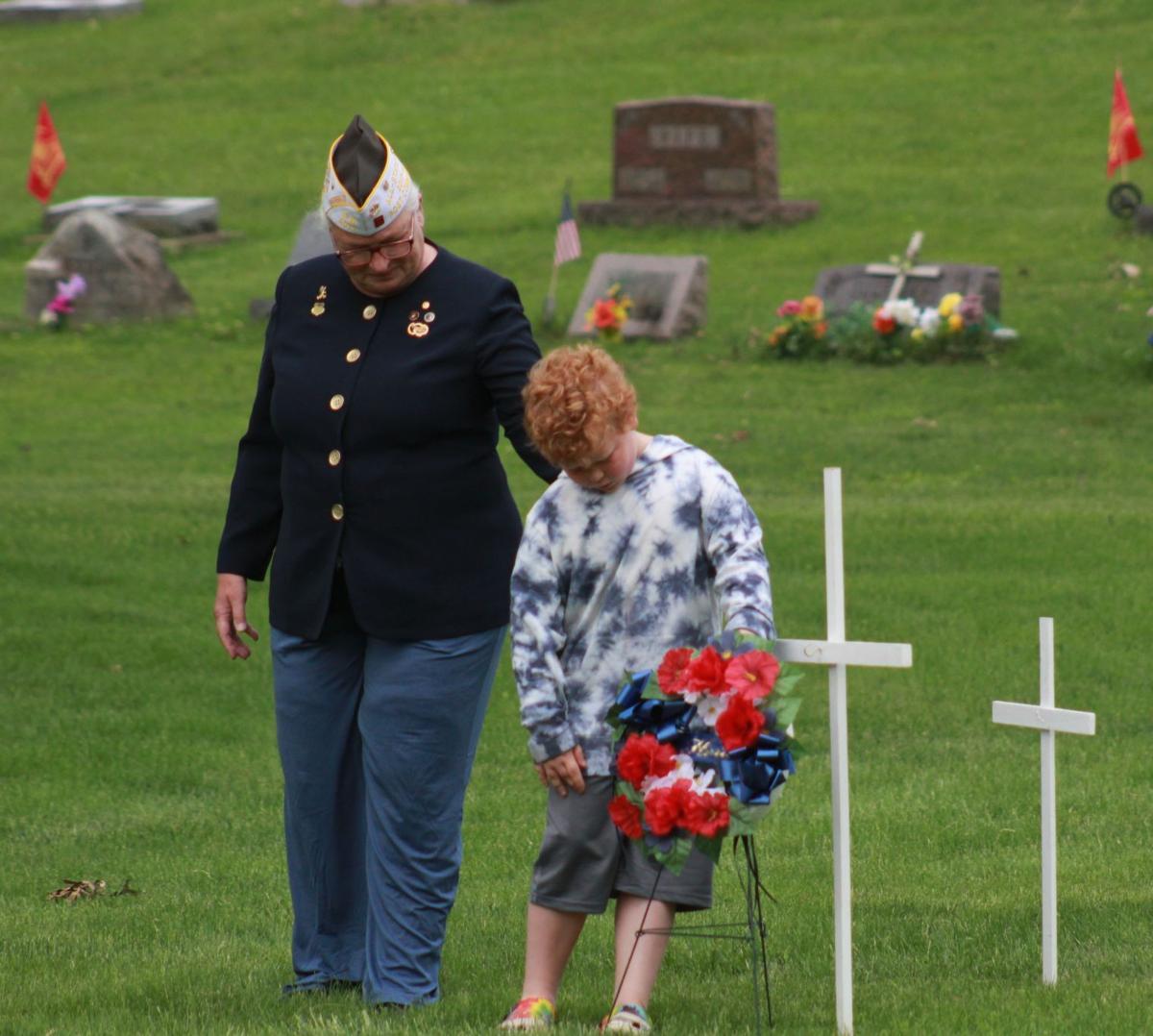 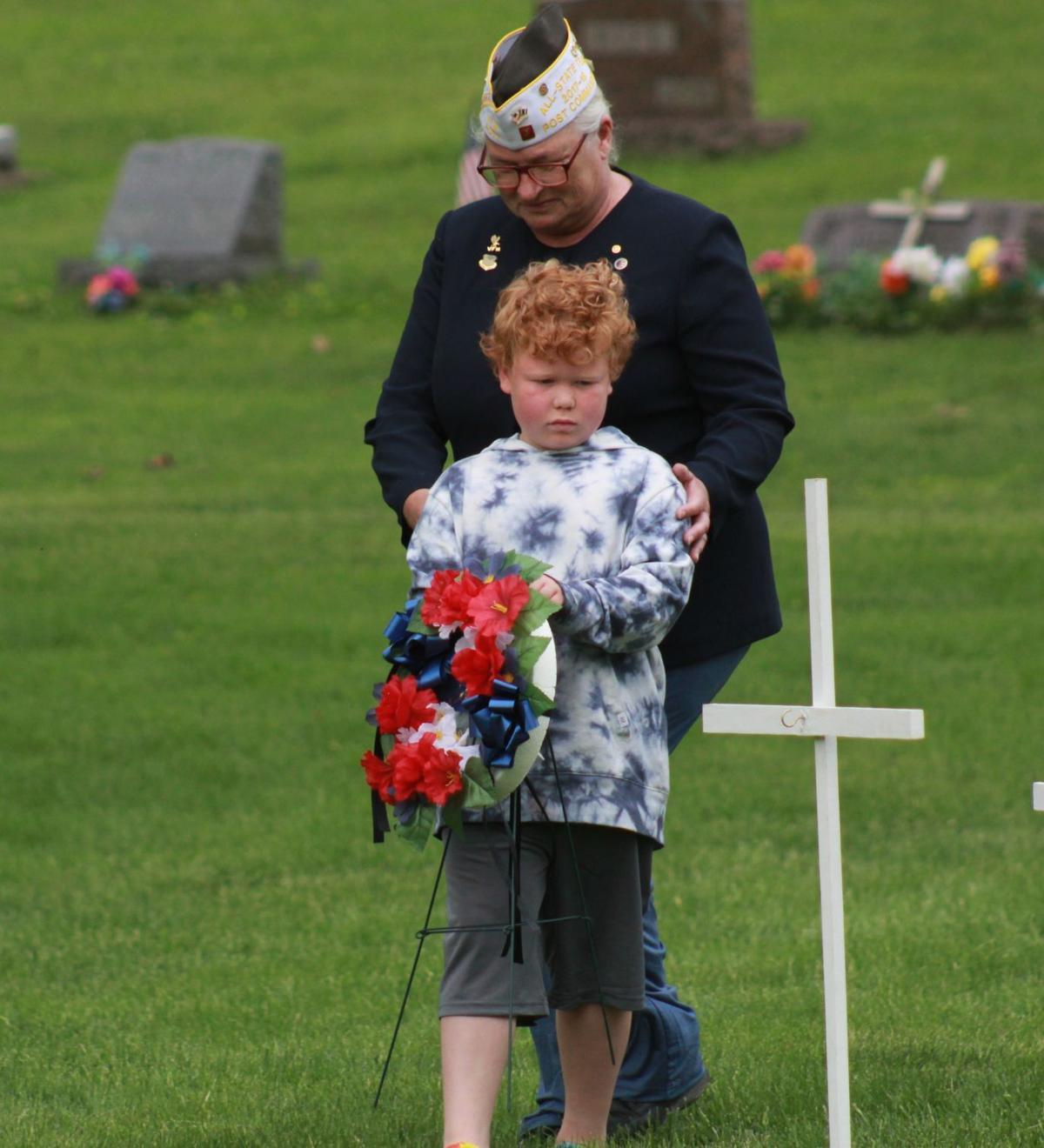 A flag folding demonstration is given while the local honor guard stands watch.

The American Legion fired their guns to honor fallen heroes.

Mayor Rod Smith was the guest speaker at Anamosa’s Memorial Day Ceremony May 31.

It was cool and overcast, but the rain stayed away as the community gathered at Riverside Cemetery May 31 to mark Memorial Day and those that gave their lives in service of their country.

Anamosa Mayor Rod Smith gave the keynote address and, in his opening said the invitation was cause for reflection on past Memorial Day ceremonies. Upon that reflection, he said he was ashamed that he hadn’t taken it upon himself to attend a ceremony.

When trying to decide what to say, Smith asked veterans what they wanted in return for the service they gave to their country.

“Continue to defend the liberties that we possess in this greatest nation on earth. Veterans did not just put on the colors of the uniform representing their branch of service, but they wear it to the inner core, the red, white and blue colors of the flag that flies above us here today,” Smith said.

Smith thanked those in attendance and had a message for those gathered.

“As we gather later this afternoon, in cemeteries, parks and backyards with our family and friends, we should reflect remember and feel blessed that brave men and women, some who were required to serve, others who were voluntarily called, and answered that call. Giving us the freedom to assemble and make individual choices,” Smith said.

The ceremony featured many traditional aspects, including a benediction by Lloyd Eaken, the history of Memorial Day, recited by Cheyenne Lerch, the reading of “In Flanders Field” by Cain Appleby, the laying of a wreath by Jarek Nieto, the playing of “Taps” and a salute. Steve Wendl performed both “The Star-Spangled Banner” and “God Bless America” and retired Col. Clyde Meyer read a poem he composed.