Skip to main content
You have permission to edit this article.
Edit
Welcome, Guest
Home
eEditions
eMail Newsletters
Publications
Share This
1 of 6 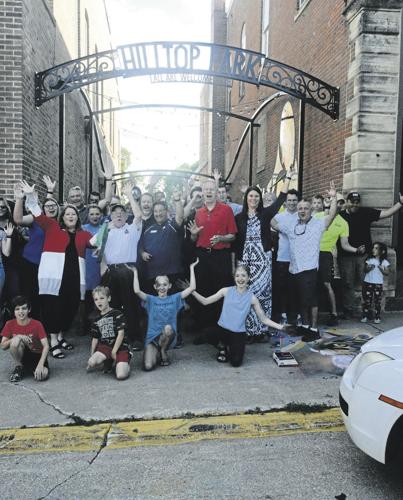 A ribbon cutting for the new Hilltop Park was held Thursday, July 28, in uptown Mount Vernon. 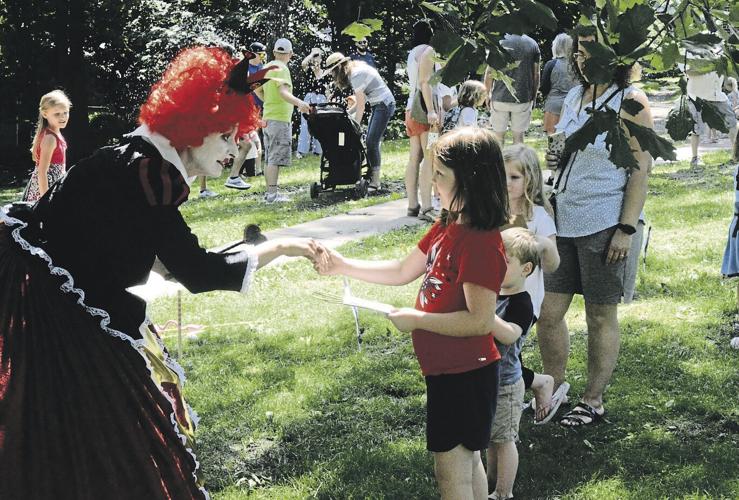 A youth meets the Red Queen (played by Kim Benesh) at the Memorial Park Fun Zone, one of the many activities offered to kids for prizes. 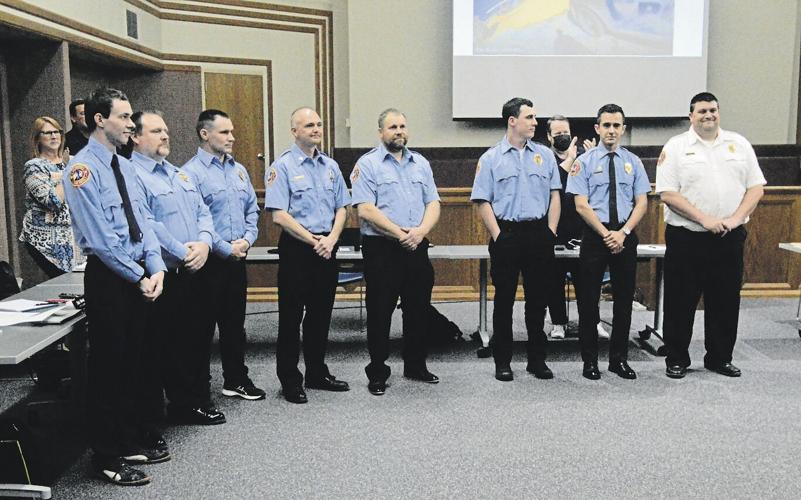 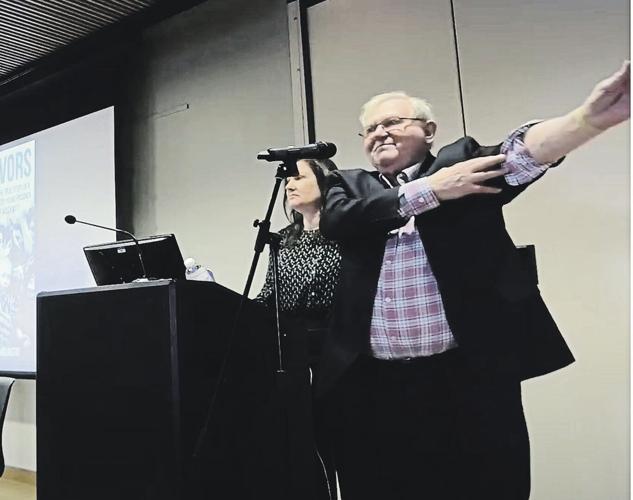 Michael Bornstein highlights the tattoo he has from his time at Auschwitz. Bornstein and his daughter spoke at Cornell this past spring. 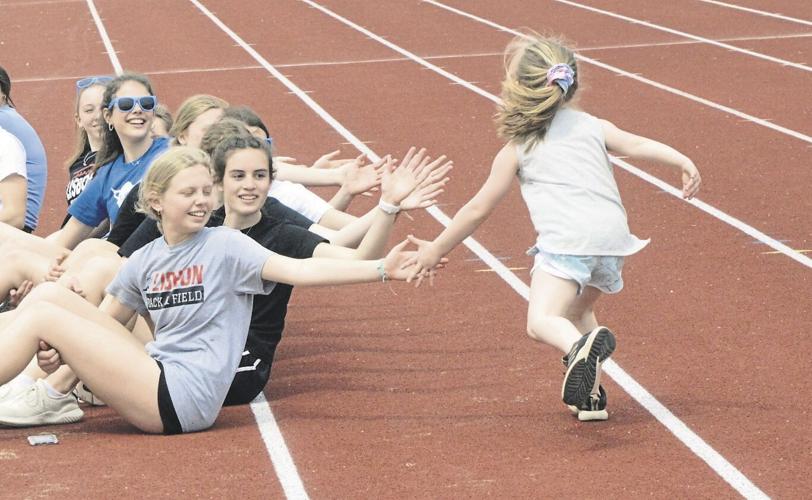 A group of high school track athletes congratulate one of the youth after a long jump at the youth track meet Saturday, April 23. 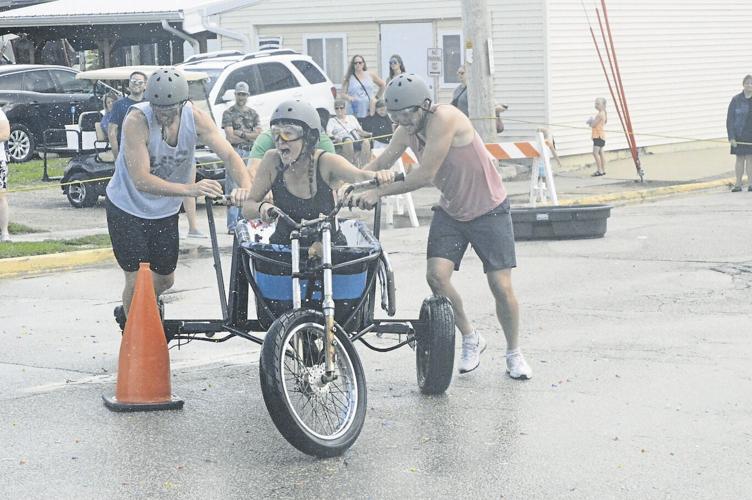 A team navigates the turn in the bathtub races as a water ballon hits them.

A ribbon cutting for the new Hilltop Park was held Thursday, July 28, in uptown Mount Vernon.

A youth meets the Red Queen (played by Kim Benesh) at the Memorial Park Fun Zone, one of the many activities offered to kids for prizes.

Michael Bornstein highlights the tattoo he has from his time at Auschwitz. Bornstein and his daughter spoke at Cornell this past spring.

A group of high school track athletes congratulate one of the youth after a long jump at the youth track meet Saturday, April 23.

A team navigates the turn in the bathtub races as a water ballon hits them.

Mount Vernon and Lisbon established a number of new snow routes in the cities at the beginning of the year. Those snow emergency routes were put to the test, with the first significant snowfall hitting the area at the tail end of 2021.

The Lisbon and Mount Vernon School Boards held discussions on vaccine mandates, as required by the Occupational Health and Safety Administration. The mandates were later ruled unconstitutional by the Supreme Court, making the decisions moot.

Lisbon secondary principal Aaron Becker announced he would be seeking a job as a superintendent at Hampton-Dumont.

Career and technical education program needs were the topic of discussion at Lisbon Schools.

Lisbon’s request to join another conference was vetoed by the Tri-Rivers Conference. The school was trying to get out of the conference, noting the further distance traveled by schools to certain competitions to the east boundary and the sizes of other schools in the conference.

Mount Vernon native Dan Bern was named to the Iowa Rock and Roll Hall of Fame and inducted in September.

Craig Engel was appointed to the Mount Vernon City Council to fill the remainder of Tom Wieseler’s term.

Four men were rescued from a grain bin north of Mount Vernon Feb. 18, the same day as the state wrestling tournament. It required first responders from multiple agencies to assist in the rescue.

A mask mandate at Mount Vernon schools was lifted in February 2022.

Lisbon Schools found they could borrow up to $5.8 million in Secure an Advanced Vision for Education (SAVE) funds from a new revenue purpose statement. At the end of February, Lisbon Schools announced that they were researching a new career technical education classroom wing for construction in the next years.

Lisbon School administration was working through how to aid students, as they were without a certified science teacher during the second semester.

The City of Lisbon looked at an avenue for the new parks complex using Third Avenue as the entry point, with a public hearing March 14.

The animals ordinance was reviewed in Lisbon after a dog bite incident happened in late January.

First responders were honored at Mount Vernon City Council for their lifesaving work in the grain bin incident in early February.

Mount Vernon announced plans to move forward with Republic Waste Management for a new waste contract for the city in July.

Union Pacific clears up railroad crossing issues in Lisbon and Mount Vernon, and reminds citizens what to do if crossing arms are down.

Iowa BIG students were working on a trail improvement project for the Palisades-Kepler State Park, including labeling trails in the park and getting maps to first responders.

The Lisbon career technical education wing building comes in with an estimate of roughly $5.1 million.

The Mount Vernon Marching Mustangs were selected to march in the Washington, D.C. Memorial Day Parade in May 2023.

Books were challenged at the Mount Vernon School’s library in April, with the books then going to a review process by members of the community and administration.

MayChalk the Walk was held in early May.

The Lisbon sports complex bids were approved for $1.3 million. A groundbreaking was held in late May.

The Mount Vernon Mustangs Activity Complex moves forward with a public hearing on the project.

Mount Vernon has 92 and Lisbon graduates 33 students in commencement exercises.

An investigatory audit was requested on the Lisbon activities fund at the June school board meeting, highlighting potential discrepancies.

Local artists were named winners in the Portrayal of Mount Vernon art show and poet laureate Debra Marquart created poems that went with the artwork.

Garbage containers roll out in Mount Vernon the week of June 30.

Work on sand volleyball courts at Mount Vernon schools begins in early July, after the community raised more than $20,000 in less than a week.

The Mount Vernon Aquatics Center Feasibility study was held in Late June, with more than 50 participants.

Lisbon investigates forming a new tree board committee who will help with the development of the nature park at the former McElmeel property.

Mount Vernon Schools, city council and Cornell College worked on a potential grant for a possible daycare facility, especially since Mount Vernon and Lisbon were named childcare deserts. The application wasn’t filed as it required an amount of cash on hand.

A forum on the childcare issue was held in mid-July to spell out the issues, especially after a local daycare center closed this past summer.

A site plan for Scooter’s Coffee, one of the first businesses to be built in the new Business 30 overlay district, was approved by the City of Mount Vernon.

Hilltop Park was dedicated at the end of July.

Lisbon and Mount Vernon Marching bands prepare for their seasons.

Lisbon also hired a new science teacher for the district, drawing to a close a five-month search.

First Street Community Center stage received a remodel this August, with a deeper stage and removal of a false ceiling.

The Eastern Iowa Observatory hosted an event on the Webb Telescope Sunday, Aug. 14.

The Lisbon council revisited the alcohol in the park policy following the cancellation of the Lisbon Softball tournament. A decision was made to name the Lisbon Parks and Recreation Department a 501 C 3 to allow alcohol sales by the organization moving forward.

SeptemberMount Vernon football bests Solon for the first time in more than 19 years to kick off Labor Day weekend in Mount Vernon.

Kate Rose, a tenacious volunteer in Mount Vernon, passed away.

Iron Leaf Press announced plans to move from their current location to a space further east on First Street, doubling the space of the stationery store in uptown Mount Vernon.

Mount Vernon Parks and Recreation and Mount Vernon Area Arts Council work on a sculpture path for the community.

A ribbon cutting was held for the recently completed sand volleyball courts at Mount Vernon schools.

Steven Miller had a portion of Bunting Field named after him for his long time work with the softball program, especially the maintenance of that field.

The Mustangs Activities Complex was approved.

Lisbon schools enacted new cash handling procedures at the concession stand at the beginning of the year.

Lisbon-Mount Vernon Ambulance Service is in the early stages of a building addition for their facilities, getting a boost for the plan with an American Rescue Plan Act funding from Linn County Board of Supervisors.

Lisbon Parks and Recreation Commission was incorporated as a non-profit organization.

Mount Vernon slightly dips in Iowa School Performance Profiles, while Lisbon’s scores improved. This year the scores were weighted for those who showed growth in scores in categories.

November Mount Vernon football team advanced to the state football tournament at the UNI Dome after defeating Solon for the second time in a year, 17-0.

Lisbon announced they were starting a junior high wrestling program, due to the increased interest at those levels.

The midterm elections statewide favored Republican candidates, while locally many supported the Democrat candidates in races.

Mount Vernon Family Dentistry’s new site plan for a building out by the Business 30 and Virgil Avenue locations was approved. The construction will finish in spring 2023.

The champions of the 1973 Mount Vernon boys’ basketball team were recognized on the 50th anniversary of winning the title at a early basketball game this fall.

Enrollment at both Mount Vernon and Lisbon Schools saw upticks this year.

Lisbon Dance team places at the state meet, with a second place in pom and a fifth in jazz. Soloists Kennedy Baxa and McKenna Nost also earned Division I ratings at the competition.

Project 60 served up more than 140 meals this year.

The holidays are impacted by a blizzard that hits the entire Midwest, with freeing temperatures and high winds enveloping the state for three days.

Check your email for details.

Submitting this form below will send a message to your email with a link to change your password.

An email message containing instructions on how to reset your password has been sent to the e-mail address listed on your account.

Your purchase was successful, and you are now logged in.

This offer is currently unavailable.