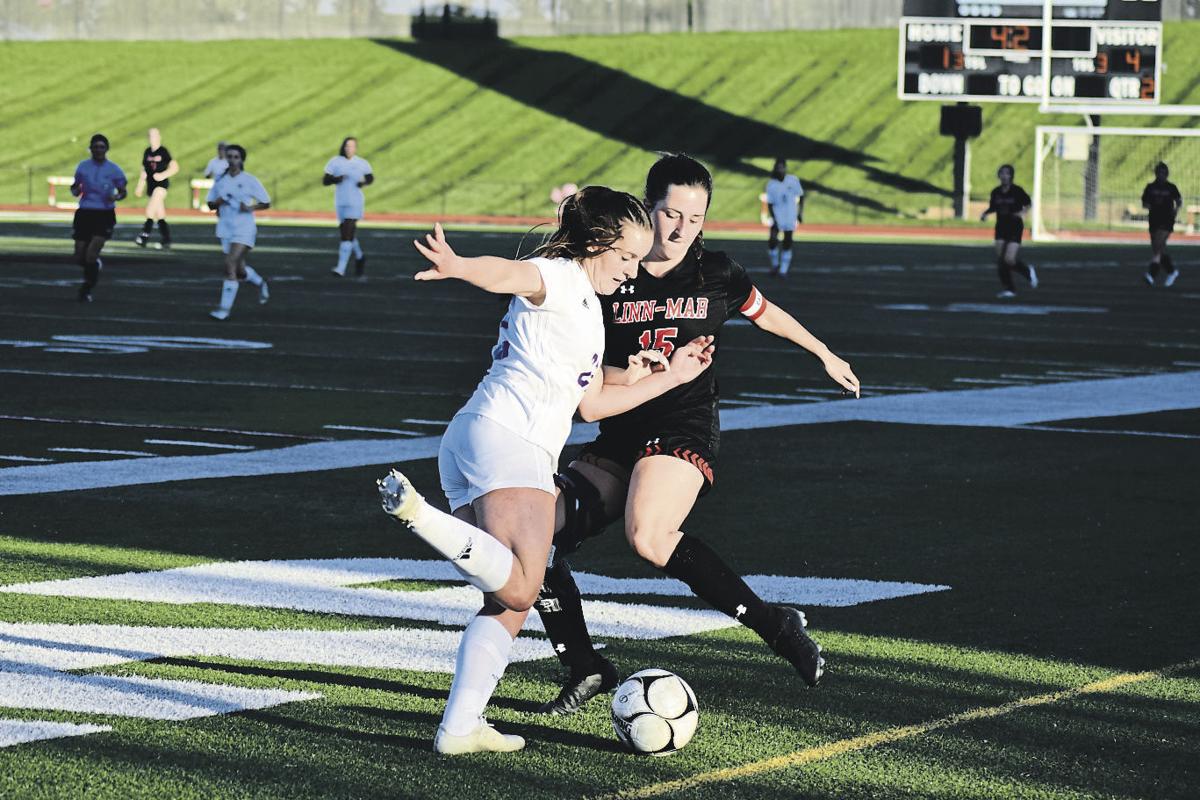 Linn-Mar senior Kaitlyn Brunson fights for the ball in the region finals. 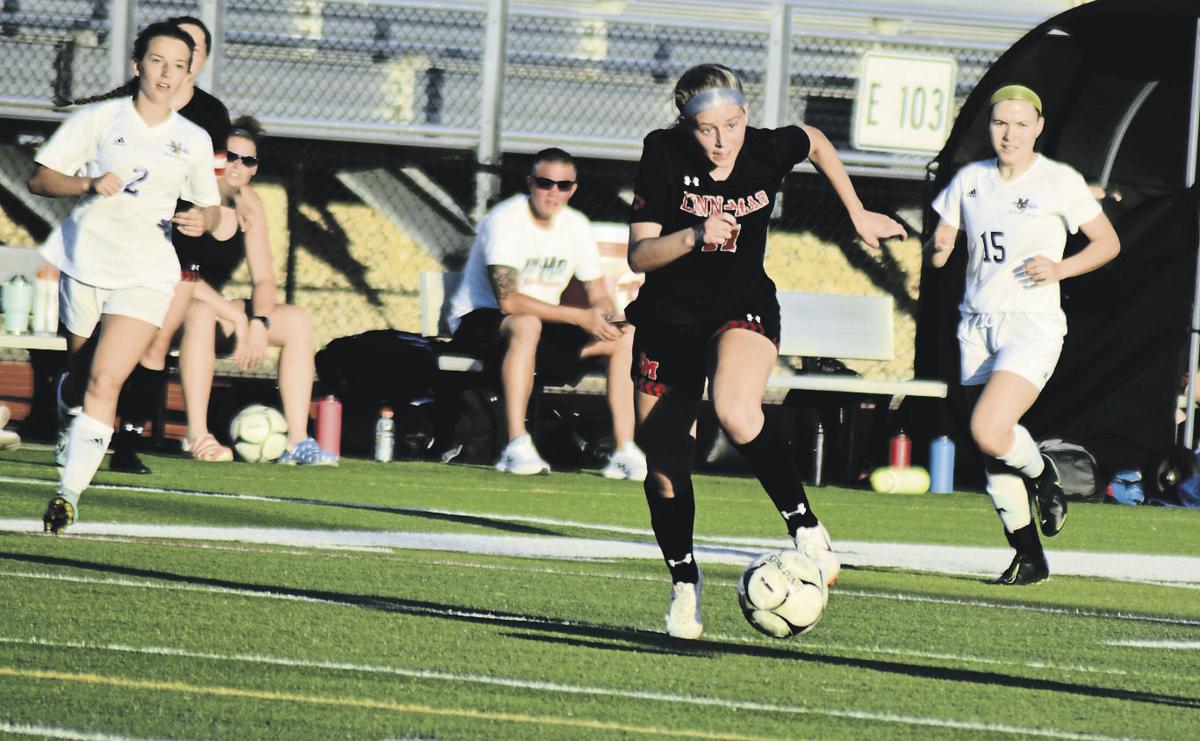 Tessa Casebolt heads for the goal in Linn-Mar’s game with Muscatine.

Linn-Mar’s girls’ soccer team was upset in the region finals. Muscatine downed the top-seeded Lions 4-1 in the Class 3A, Region 7 championship game held Friday, June 4, at Lions Stadium in Marion.

A 17-3 advantage in shots on goal helped Muscatine to the win and a state berth.

Linn-Mar trailed 2-0 at halftime and 3-0 in the second half when senior Hallie Peak gave the Lions hope with a goal with less than 10 minutes left in the game.

Linn-Mar earned its place in the region finals with a dominating 10-0 win over Cedar Rapids Washington Wednesday, June 2.

Sophomore Sophia Bush scored four goals and had two assists while Peak had two goals and an assist.

Linn-Mar finished the season 16-3, including the playoffs. The Lions were a perfect 7-0 in Mississippi Valley Conference games.