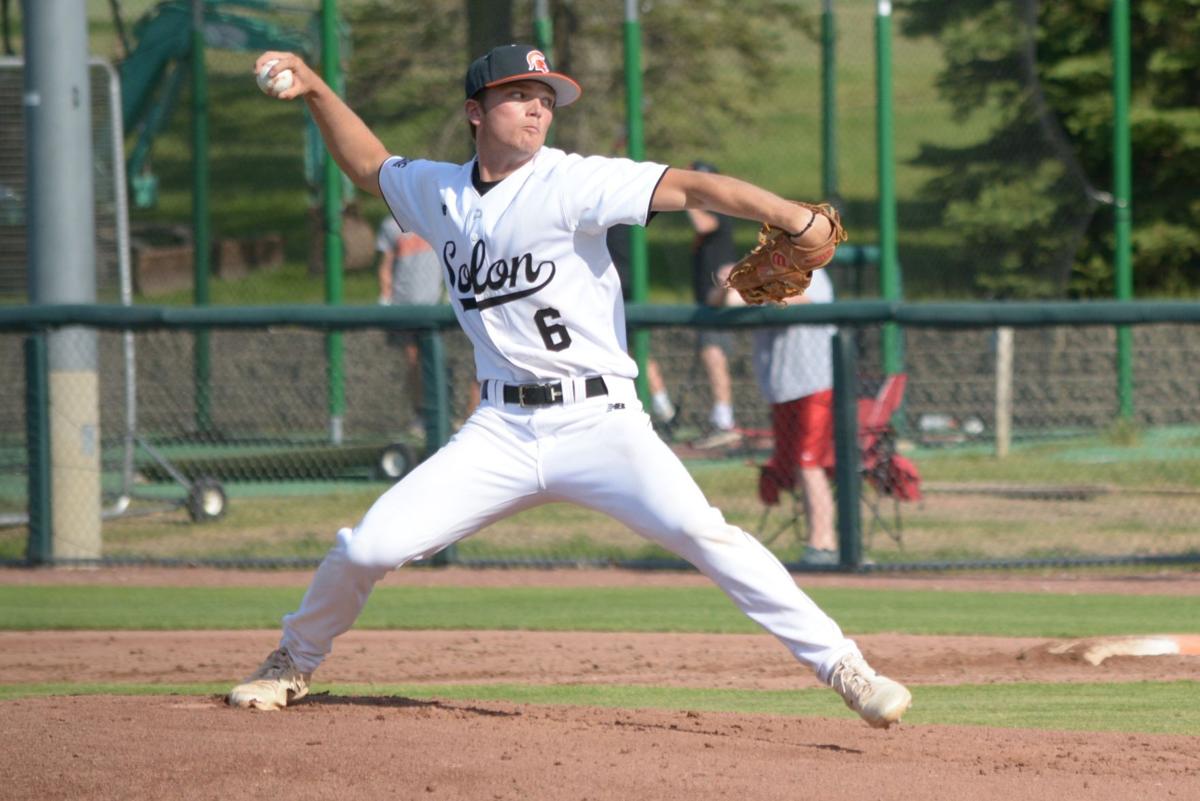 Brady Jeworrek delivers a pitch against Williamsburg June 3 in Solon. The Spartans swept the Raiders, 6-5 and 20-2. 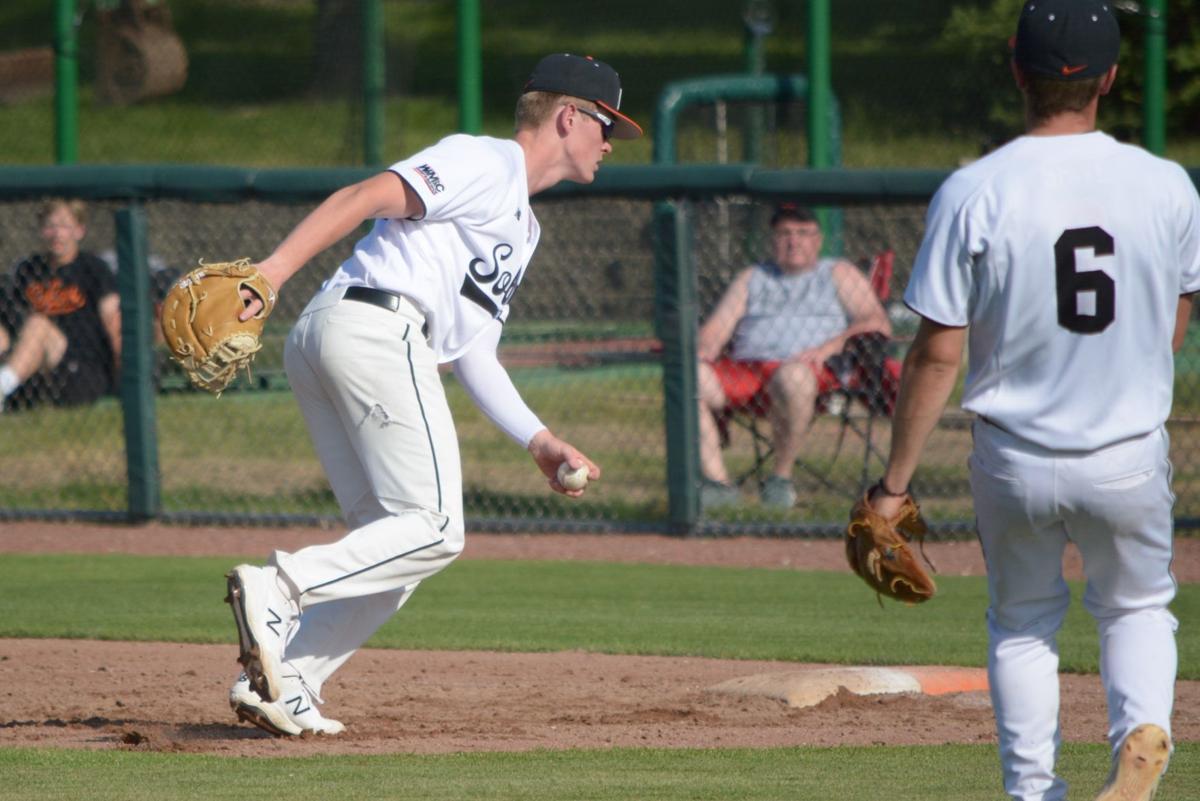 Kinnick Pusteoska hustles to the bag with ball in hand to retire a Williamsburg runner June 3. 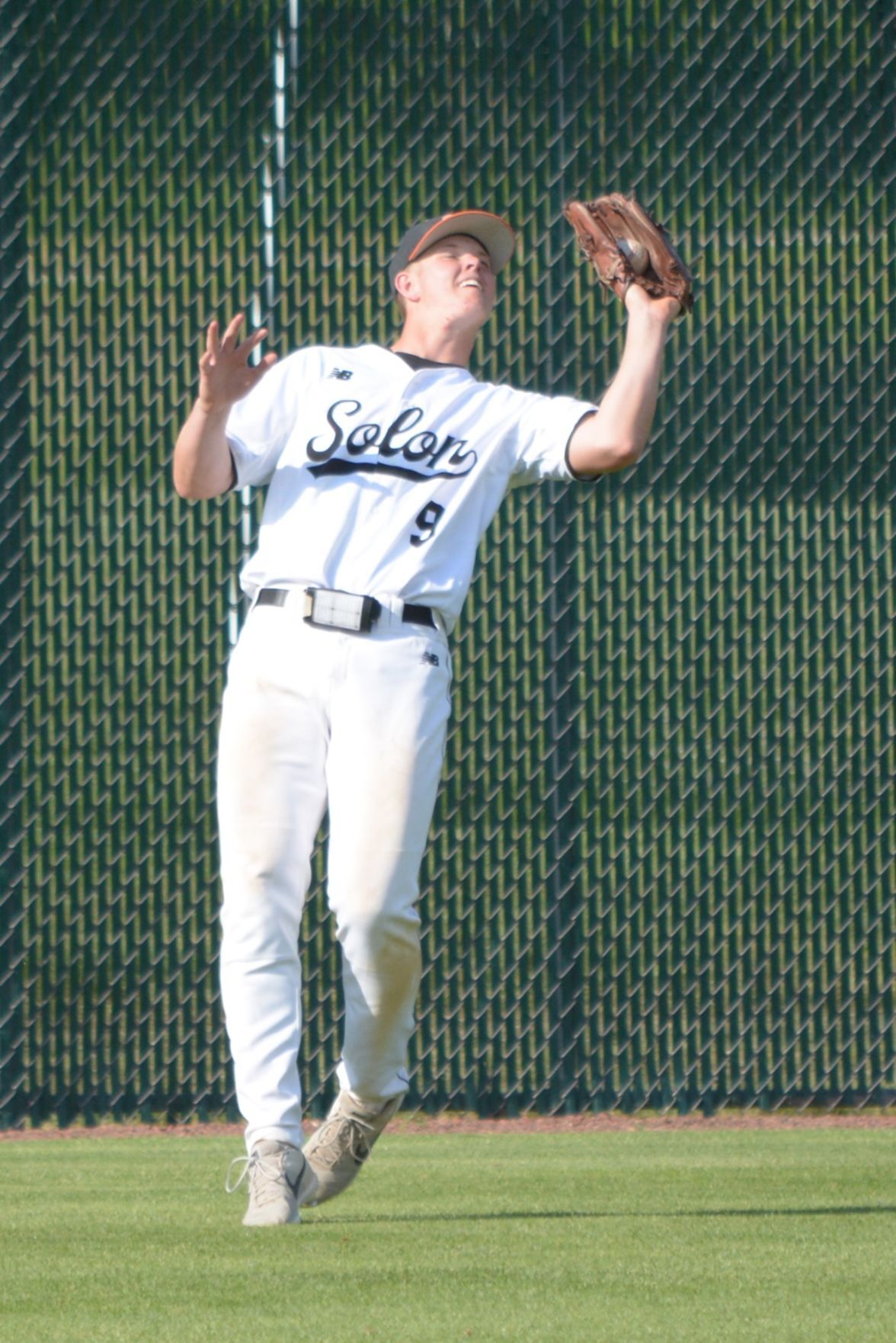 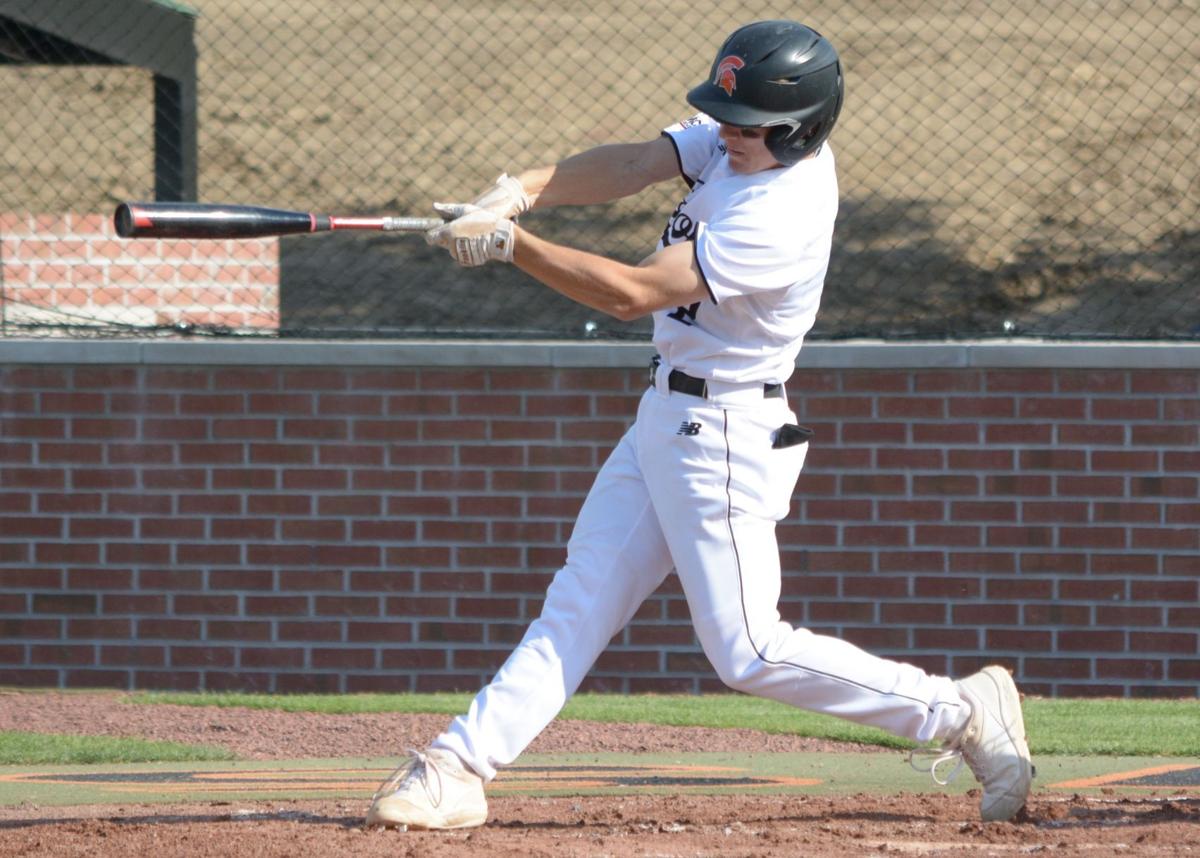 Blake Timmons rips a single against Williamsburg June 3 in Solon.

Brady Jeworrek delivers a pitch against Williamsburg June 3 in Solon. The Spartans swept the Raiders, 6-5 and 20-2.

Kinnick Pusteoska hustles to the bag with ball in hand to retire a Williamsburg runner June 3.

Blake Timmons rips a single against Williamsburg June 3 in Solon.

SOLON– Eighteen runs is a lot of runs.

But in one inning?

Sounds impossible, but the varsity Spartan baseball team made it happen in the third inning against Williamsburg at home June 3.

Solon already held a 2-0 lead in the nightcap of the doubleheader when the offensive explosion occurred.

“I think it was the product of our hitter’s frustration in developing patience against some slower off-speed pitching as well as Williamsburg running out of pitching and kicking some balls around,” said Head Coach Keith McSweeney. “But it was great to see a few guys bust out and play without any mental barriers.”

The Spartans put together nine hits, eight walks and five hit batsmen against a trio of Raider pitchers, and didn’t strike out once.

Freshman Brett White helped power the offense, going 3-3 at the plate with a double and six RBI. Senior Jackson Ryan added a double and three RBI, while sophomore Blake Timmons and freshman Gehrig Turner had two RBI each.

“I can’t remember any of our teams ever scoring that many in an inning,” McSweeney noted.

Senior Will Noonan, meantime, shut down the Williamsburg offense, allowing two runs (one earned) on three hits over four innings, with six strikeouts and three walks.

Solon also took the opener, 6-5, after a slow start.

A Brady Jeworrek two-RBI single highlighted a four-run inning for the Spartans to tie the game and Solon pushed through a run in the bottom of the eighth for the win.

“I like the way we’ve been running the bases as well as our ability to rally from deficits,” McSweeney said. “We never seem to let ourselves feel like we’ve out of games and have come back to win or tie after being significantly behind late in games.”

The Spartans made the most of five hits, while Jeworrek, senior Austin Schwake, senior Westen Stiegelmeyer and junior Parker Pentico combined on the mound. Stiegelmeyer earned the win.

Earlier in the week, Solon split a road doubleheader June 1 with Benton Community.

The Bobcats took the opener, 4-2, while the Spartans came from behind for a 10-9 win in game two.

Senior Bo Janssen picked up the win, pitching the final three innings. He struck out four and walked one, but allowed no hits.

The Bobcats ruined a solid pitching performance by Senior Drew Turner in game one. Turner pitched six innings in the 4-2 loss, allowing four runs (two earned) on four hits while striking out four and walking two.

Timmons and Chapman scored Solon’s only runs on RBI from Jeworrek and Ryan.

“It’s early, but I think we need to get tougher in closer games with runners in scoring position and with putting teams away,” McSweeney observed. “And although our pitchers still need time to develop stamina, ultimately, it will be crucial that our starters get deeper into games and are able to push through rough patches in the fourth and fifth innings. I believe we have some guys that will eventually prove they have what it takes.”